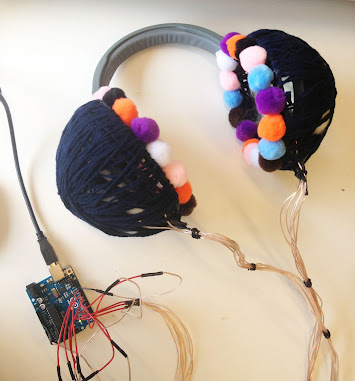 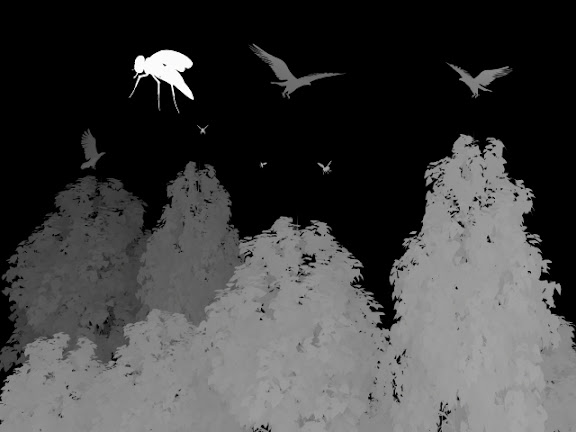 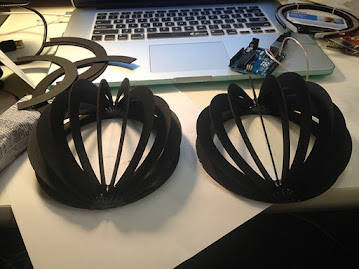 It is well known that bats use echolocation to find their way around and to precisely spot their preys when hunting. However, for humans who have vision as primary sense, it is difficult to even imagine what it would be like to go around solely dependent on returning sound information from the scene. This project is an attempt to replicate the bat's hearing system, especially when hunting at night, for humans.

Black thin cardboards are laser cut into semi-circle pieces that are later assembled and glued together to form each of the huge hemisphere ear piece. A total of 12 speakers were spatially dispersed at each ridge of the ear pieces. The speakers generate sonar sounds based on the location and distance from the insect. As a result, humans wearing this headphone can spot where the closest insect is just like a bat can. 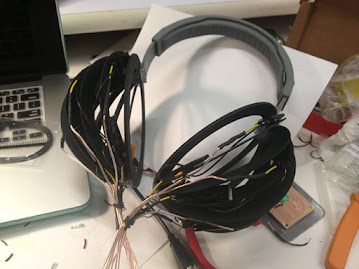 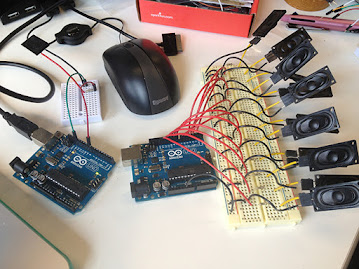 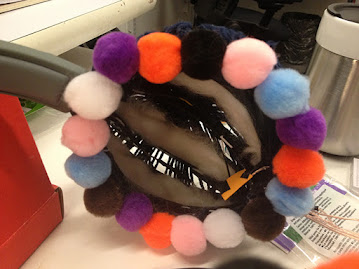 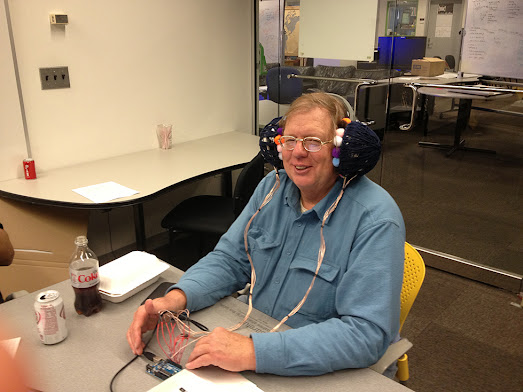 Image that user sees. Based on given depth image, the speakers embedded in the head set generate sonar sound that corresponds to the spatial position of the closest insect. The sound closely mimics the sound that bats send out and hear back themselves.
Final version of the headphone (left) and a test user trying it (right) 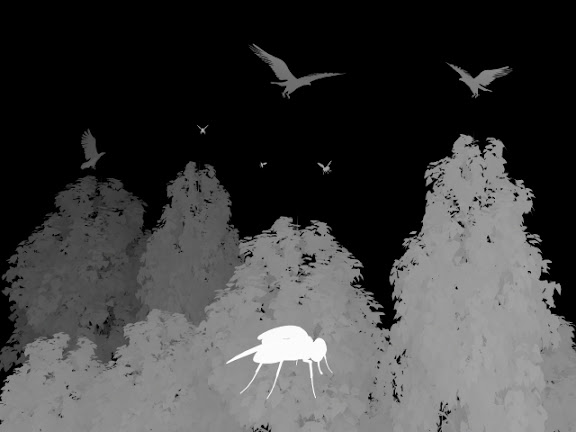 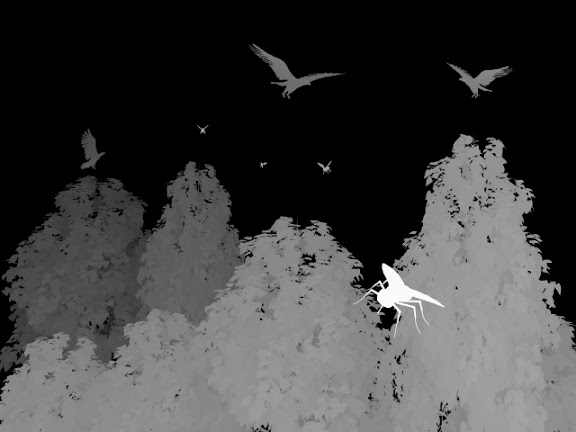